The Watershed Boundary Dataset (WBD) from The National Map (TNM) defines the perimeter of drainage areas formed by the terrain and other landscape characteristics. The drainage areas are nested within each other so that a large drainage area, such as the Upper Mississippi River, will be composed of multiple smaller drainage areas, such as the Wisconsin River. Each of these smaller areas can further be subdivided into smaller and smaller drainage areas. The WBD uses six different levels in this hierarchy, with the smallest averaging about 30,000 acres. The WBD is made up of polygons nested into six levels of data respectively defined by Regions, Subregions, Basins, Subbasins, Watersheds, and Subwatersheds. For additional information on the WBD, go to https://nhd.usgs.gov/wbd.html. The USGS National Hydrography Dataset (NHD) service is a companion dataset to the WBD. The NHD is a comprehensive set of digital spatial data that encodes information about naturally occurring and constructed bodies of surface water (lakes, ponds, and reservoirs), paths through which water flows (canals, ditches, streams, and rivers), and related entities such as point features (springs, wells, stream gages, and dams). The information encoded about these features includes classification and other characteristics, delineation, geographic name, position and related measures, a "reach code" through which other information can be related to the NHD, and the direction of water flow. The network of reach codes delineating water and transported material flow allows users to trace movement in upstream and downstream directions. In addition to this geographic information, the dataset contains metadata that supports the exchange of future updates and improvements to the data. The NHD is available nationwide in two seamless datasets, one based on 1:24,000-scale maps and referred to as high resolution NHD, and the other based on 1:100,000-scale maps and referred to as medium resolution NHD. Additional selected areas in the United States are available based on larger scales, such as 1:5,000-scale or greater, and referred to as local resolution NHD. For more information on the NHD, go to https://nhd.usgs.gov/index.html. Hydrography data from The National Map supports many applications, such as making maps, geocoding observations, flow modeling, data maintenance, and stewardship. Hydrography data is commonly combined with other data themes, such as boundaries, elevation, structures, and transportation, to produce general reference base maps. The National Map viewer allows free downloads of public domain WBD and NHD data in either Esri File or Personal Geodatabase, or Shapefile formats.

This dataset is a collection of other datasets.

Search datasets within this collection 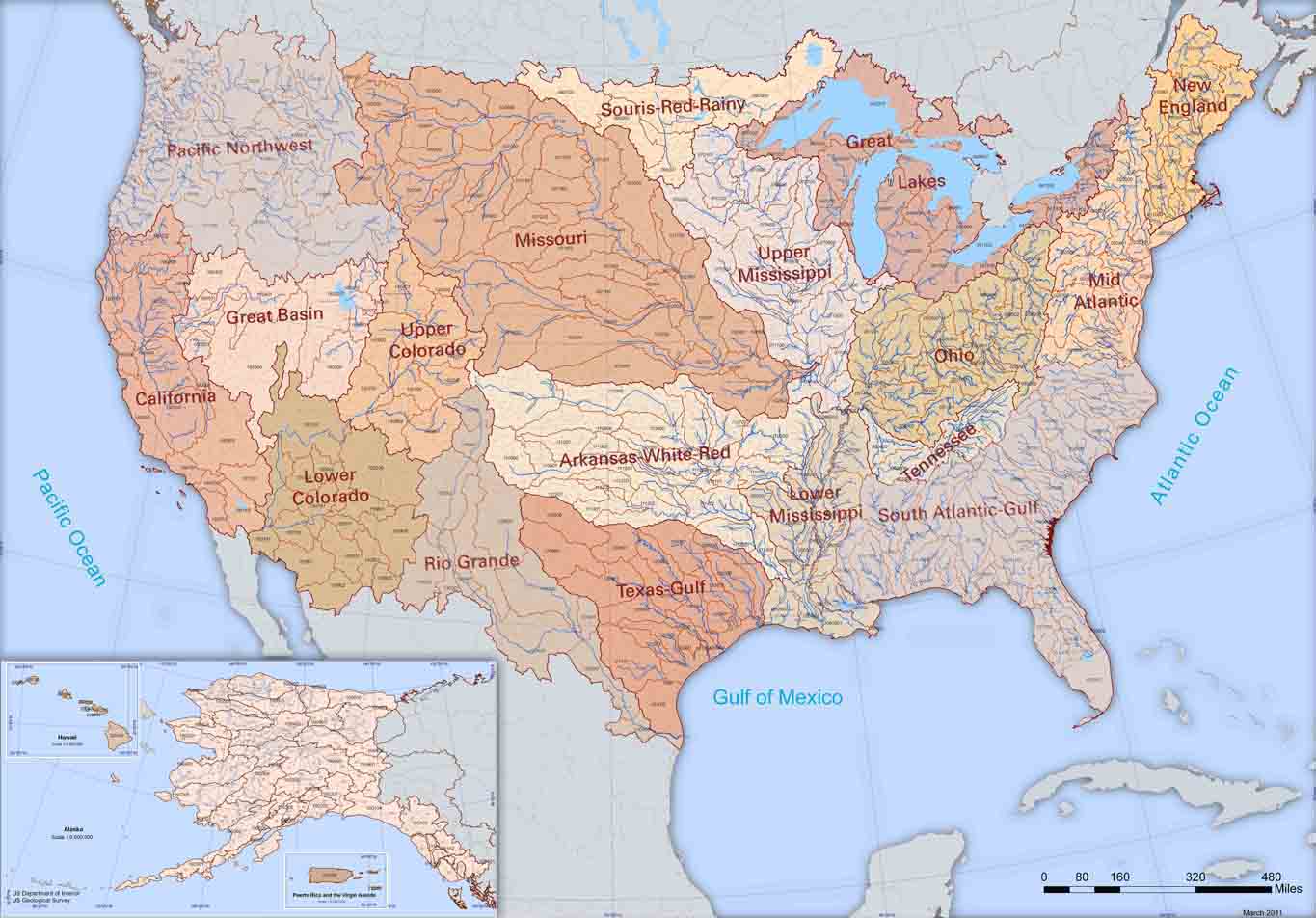 Didn't find what you're looking for? Suggest a dataset here.

http://www.usgs.gov/ The USGS is a federal science agency that provides impartial information on the health of our ecosystems and environment, the natural hazards that... read more

http://www.usgs.gov/ The USGS is a federal science agency that provides impartial information on the health of our ecosystems and environment, the natural hazards that... read more

Map tiles & Data by OpenStreetMap, under CC BY SA.